Most humans don’t readily embrace change. Despite the health of the present, many of us prefer the status quo to anything that may replace it. My grandmother used to say, “Better the devil you know.” It was a sort of gentle admonishment to my “devil may care” attitude. In the end, grandma and I shared a love of adventure, and an openness to what the future brings. It was that carefree curious attitude that stayed with grandma and kept her young at heart right up until her ninety-third birthday when she put on her fancy red nightgown and robe and went across to the other side of life. Those ninety-three years were fulfilling, and she never wasted one small second wondering about death. Death, as it turns out, comes soon enough and needs no invitation. And, “there are many things worse than death,” was a statement I heard from a very yound age. It took a lifetime to discover just exactly those things are, those things that are “worse than death.”

Grandma didn’t believe in the retoric that 2012 will bring a cataclysmic end for humankind. Neither do I. The death of the human species, in my estimation, is not some gradious excuse for pop corn and/or panic. Slowly, with much less advanced notice, the species will die out due to unawareness, by self-inflicted ignorance, and by a general lack of intellectual evolution, unless of course, there is a mass consciousness shift towards awakening. I hope that happens, but I’m certain that my energy will be at peace whatever path it/I transform into.

I do admit that I have had a lot of fun researching the 2012 concept, especially from a comedic perspective. Some very clever folks are creating some funny stuff in the cartoon department. I much prefer the humor to the doom and gloom. 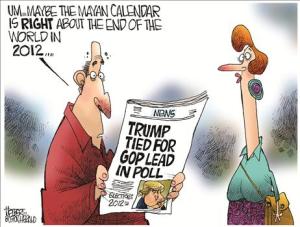 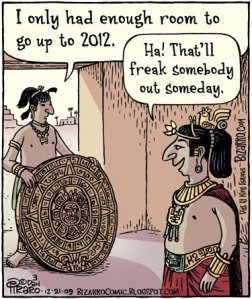 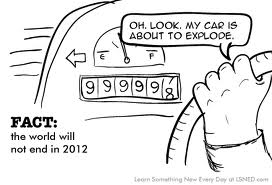 It appears that the human race may have a subconscious awareness that if we fail to take the path of awareness we may fail to continue. Perhaps that is why there is an “end of the world” hysteria each time numbers align (11-11.11, 12-12-12), or we come to the end of one millenium and enter into a new (recall the fears surrounding 1999 when all the computers were ‘doomed’ to fail and the world would reportedly fall apart?). It’s fun to play, but in all seriousness, please don’t take things too seriously. Have a little fun! After all, it’s not the end of the world.

As always, from Paris with love & light.

Our “I” is always present, in some form, although not necessarily as we experience our “I” self to be currently. It is our essence, that deeply rooted source of self that is always in existence, and which will always be.

It is for this precise reason, that I continue to study and to seek whatever value I can add to my essence. As I learn and expand, I leave behind others, not in an angry ‘divorce’ sort of way; rather, I leave behind and enter into new relationships with new perspectives to entertain and challenge me. As I meet and experience the fresh and often non-typical, I am forced to expand my horizons of beliefs. My internalized beliefs and biases are only mine. This makes them neither right or wrong.

The universal collective consiousness involves all. Only misplaced human ego would pretend otherwise. Conscious intelligence has found a means of expansion thru the human mind, but this not necessitate that the human brain is the only option. If intelligence decides that humans are not right for the task, other forms may certainly take on the pleasure and consequence of intelligence.

Until that time, I hope to continue to ponder the grandness of universal possibilities. It may mean that I change friendships and acquaintances, but that too does not necessitate anything. It all just ‘is’. All is just is as it is with no judgment of good or bad. It all just is. Intelligence really has very little to do with human intellect.

If only we could see our family and friends as simply, without the condemnations or kudos of being. It is only our biases, colored by our perspectives, that make things either right or wrong or good or bad. All just is, without our coloring box of broken crayons to color in the judgments.

“To thine own self be true.”

~As always, from Paris with love & light.

There is some confusion throughout the human race, an affective condition that thwarts a secure, self-confident self-esteem. It is as though, at birth, a happy and healthy, and most decidedly assertive, little bundle of authentic being entered this Earth plane; quickly and systematically, this newborn was taught to disown valuable traits, characteristics, and security, and to replace those resultant gaping holes in self-assuredness with imbalance, neuroses, and self-wallowing pity.

The list is endless, of course. And the list is too frequently bought into even as the walking sleepers go thru life unaware. It is precisely this unawareness, this mindless movement through one’s life span that makes it all so difficult, and simultaneously so easy for the external controls to manipulate.

Here’s another secret, long hidden from the masses, a secret, yet simple key to life:

YOU ARE PERFECT, WHOLE, GESTALT.

Dig down into that insecure core and take a peek at the little inner seedling. Your whole gestalt self is still there, awaiting recognition, not from some external place of validation, rather, the seedling awaits only your attention, your recognition. Your awareness is the fertilizer for self-realization, for complete divine fulfillment.

The key is you. Look only inward. Your perfect self is here. Now. You really haven’t gone anywhere, and your integrity is still intact, if you choose to allow yourself to be whole. Claim your personal power. Affirm your right to greatness. Be the being you truly are at your gestalt core. There is no logical reason to disown your personal power or competency. There is no need to pretend you are less than whole. Let go of any old worn out internalized tapes that say you are not good enough. You are good enough. In fact, you are perfect in your humanness.

~As always, from Paris with love & light.

At an end of summer barbecue this weekend, one of the guests apparently had too much to drink. He was showing signs of drunkenness within the first few minutes of his arrival, and it soon became obvious that this was his pattern of behavior.

To make a painfully long story shorter, this all ends with the man facing his demons in the middle of a cul-de-sac neighborhood street. Waving his arms, tears streaming down his flushed cheeks, and slurring hatred at his mother, the man screamed for his keys. The keys, as it turned out, were still in the ignition where he had left them.

The inner demons that devoured this man’s sanity were many, and they were ferocious. They ate at his psyche constantly, and no amount of booze would quiet the incessant nagging in his mind.

But where did they come from? Why was this man so overcome with anguish? As it turns out, the seeds are planted in guilt. And here’s a big Gestalt secret: Guilt is anger turned inward.

This man had learned to be “guilty” from an early age. He was only four when his parents divorced, and even in this youthful state he learned to feel guilty because he failed at being “the man of the house” as his father had instructed him to be. As the years passed and he had hormonal impulses, he felt guilty. When he thought about his impulses, his guilt grew. He perfected the art of being guilty. Decades later, he took on the guilt of his father’s death, basked in the sorrow and guilt of his brother’s death, fertilized the guilt of unacceptable thoughts he had never acted upon, of the thoughts and behaviors he had acted on, and for pretty much anything he could think of that would reinforce his guilt. The emotion of guilt had become such a deeply seeded personality trait that he could only feel guilt. As a result, he continued to do and think things that would feed that internalized idea of who he is. The longer he lived, the more guilty he became. The more guilty he became, the louder the demons screamed. The louder the demons screamed, the more the man tried to quiet the noise by self-medicating. The more he failed at stuffing the emotion of guilt, the more it took over his life.

Self-medicating, of course, does not work. Alcohol and drugs only exacerbate the problem, especially the day after, when one is left to humbly atone for the guilt-feeding transgressions of the night before. And hang overs, are no one’s friend, even without the guilt.

Guilt, anger turned inward, is a cancer of dysfunction. It spreads rampantly, eating away at all that is good and unique, and turning healthy self-esteem into blackened rot. When all that is left is the rotted psyche, one is literally the walking dead, the zombie shell of what was once beautiful and priceless.

The man, as a boy, saw his father’s guilt as he drove off, leaving the family for another. The boy learned guilt when he could not own up to the responsibilities of “being the man of the house” as his father instructed. When his mother dated other men, the boy was shamed by his anger, and stuffed his hidden resentment into the pit of guilt. Stuffing emotion as a child gives it ample time to sprout and grow. And as I write that last line it occurs to me in irony that this boy grew up to be a man who cuts down trees, removes trees that have taken over patrons’ spaces. Perhaps he is psychologically hacking at his own inner roots.

Scientist now say that we are a result of our genetics versus our choices at a rate of 20/80. That means that 20% of our life experience is owed to our familial history and the remaining 80% is a matter of choice. If we realize that one fifth of our life is controlled by genes, we can consciously make choices to create the life we really want to experience, as opposed to feeling victimized by nature.

The “nature versus nurture” argument has been around for a long time, and has been used as the excuse for behaviors of everything from why great athletes are born to why serial killers kill. We have choices. Life is a choice. How we choose to experience life is the ultimate choice. Maybe that should be a primary lesson taught in schools.